The iPad recently celebrated its tenth anniversary. In the decade since the tablet’s launch, Apple claims to have sold 500 million units.

That’s quite a few iPads out there. If you’re the lucky owner of one or thinking of getting one, then you may be wondering about troubleshooting.

What are the most common iPad issues people encounter? This guide reviews them and offers some tips on how you can fix them. 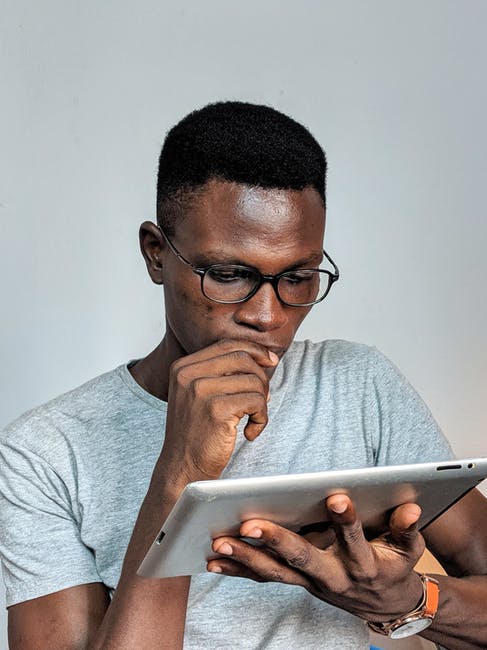 One of the most common iPad problems is a screen that keeps freezing. You’ll tap on an app, but the device won’t respond.

The solution to this issue is most often to reboot the iPad. Hold the power button until the screen goes blank.

This issue may be related to an app crashing. It might also signal that the iPad’s working memory is being used up or its CPU is overloaded.

If your iPad keeps freezing up, then it may be time to look a little deeper. Head into settings and see which apps are running. You may find some apps running in the background, even though you weren’t actively using them.

To help your iPad run faster, you can choose which apps can run in the background. Turning some off frees up the CPU and memory.

Apps crashing is another common issue with iPads. You’ll tap the app to open it. The icon bounces, then stops without opening the app.

Sometimes, you’ll be working in an app when it abruptly crashes. The screen will usually freeze briefly. You’ll then land back on the homescreen.

In some cases, you can resolve this by clearing iPad’s cache. The cache allows it to launch apps faster from memory. If there was a bug or other unexpected problem, though, the cache can cause apps to repeatedly crash.

This issue is often resolved by updating your apps. Older apps may become unstable and prone to crashing. If one app in particular seems to be crashing, check out if there are updates in the App Store.

If you’ve updated the app and it keeps crashing, you may need to update iOS.

If you’ve tried updating and clearing the cache, it may be time to install a fresh copy of the app. Uninstall the app, then head over to the app store to reinstall.

Many people encounter iPad problems with their Wi-Fi. The device either has a difficult time connecting to Wi-Fi, or it drops the Wi-Fi connection frequently.

Chances are you don’t have a broken tablet. As frustrating as this problem can be, it’s usually something that can be resolved with a few button pushes.

The first thing to do is check the connection itself. Is the iPad detecting any networks? If Wi-Fi is enabled and not detecting anything, then you may need to reset the router.

You can also check the individual networks themselves. Sometimes, you need to tell the iPad to forget a favorite network, then reconnect to it.

Another set of common iPad issues has to do with charging. The good news is it’s usually not the battery, and charging issues are often easy to fix.

If your iPad won’t turn on, the first step is to connect it to a charging cable. If you see a charging symbol, then the iPad is charging. If you don’t, you’ll want to check both the cable and the wall socket.

Sometimes, the charging cable is damaged. In other cases, the socket you’re using doesn’t have a charge. If you’ve connected to a USB port, you should switch to a wall socket to draw more power and charge the iPad faster.

If you’ve tried all of this and it’s still not working, then it’s time to bring your iPad to the experts. They can help you determine what’s wrong and help you replace any parts, including the battery.

If you encounter this iPad problem, it’s time to perform a factory reset. The issue is usually with the boot software, which means the iPad can’t get past the Apple logo screen.

You may also need to perform a reset if the iPad won’t power on, even after charging for an hour or so. A reset may also be the answer if the iPad is stuck in a boot loop, where it starts up, then shuts itself down and reboots again.

Connect the iPad to power. Hold the top button and tap volume up and volume down. You should then be directed to the Apple Music app. Follow the directions there to reset your iPad to its factory settings.

If you can’t get the iPad to the Music screen, then you may need to take it to the experts.

Get Better Advice to Keep Your Devices Running Perfectly

There’s no doubt these iPad issues are as frustrating as they are common. The good news is that most of them have quick and easy fixes.

There may be times when an iPad issue requires more expertise. If that’s the case, be sure to take it to the experts. Trying to change a battery or disassemble your iPad yourself could lead to bigger problems.

Repair can also be more affordable than buying a whole new iPad.

Looking for more great tips and tricks to manage your devices and your apps with ease? Make us your one-stop-shop for all the latest tech news and advice. With the right information, you’ll be able to keep your tech running [email protected]Androidpowerhub