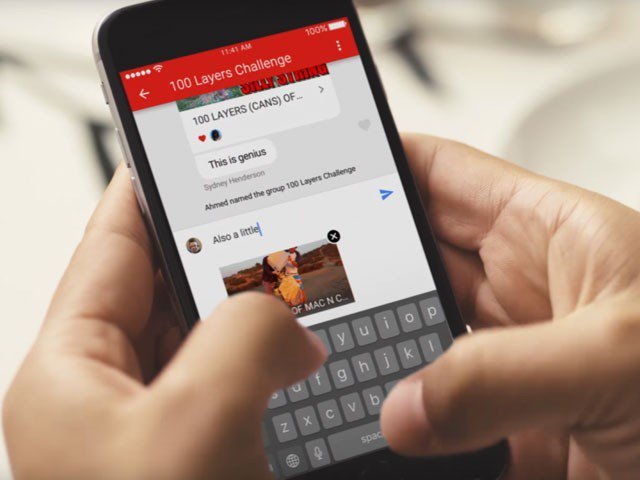 YouTube rolled out a really fascinating feature in its mobile apps. The feature enables the YouTube users to share videos and chat with their friends through a tab within YouTube’s mobile app. The newly released feature turned the app into sort of mobile messenger. Google is testing the feature since last one year. Prior to this feature, YouTube users had to close the app to send message to their peers for telling about the new song just released or something you liked. But with the release of YouTube Messenger, now users don’t have to close their app instead they can send message to their friends while staying within the app. The feature is available for both android and iOS users but can’t be reached from desktop site.

The most prominent characteristic of newly released feature is that it allows users to send private messages to their loved ones. Either they are food recipes or makeup tutorials, favorite movie or most trending song, comedy shows or political news, each and every kind of video can be shared with peers, spouse or loved ones without exiting the app. Hence YouTube’s will act like a destination to its users where they can spend time in.

Suggestions by the app

However YouTube’s is viewing these problems and hope so in near future will overcome all of these drawbacks.

YouTube’s became more convenient, reliable and comforting for its users. YouTube’s rolled out the feature because as with the feature users can share videos more conveniently, hence more videos will be shared and more revenue will be generated. Hence engaging more people is the main purpose.