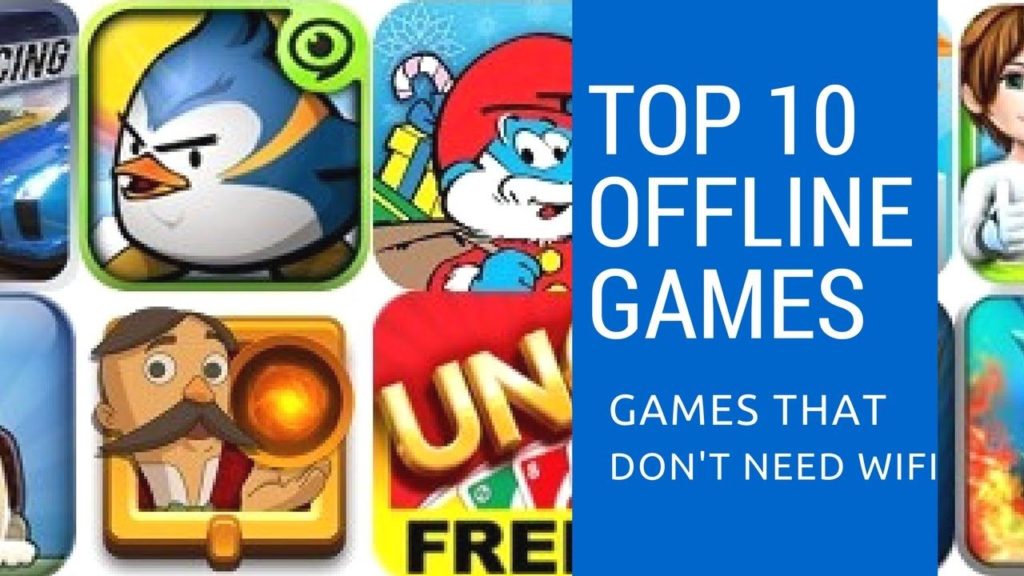 There are many places where you cannot get a Wi-Fi internet connection. The low network coverage or data connection won’t let you enjoy good games. It is the best and great to download fun games that don’t need internet Wi-Fi. The individuals whose offices are in the basement or live in basement understand the pain when there is no reliable internet connection or online games.

All of the games mentioned below offer their best features but social sharing features may require internet connectivity but to proceed in the game, you do not need Wi-Fi or data connection.

It is new and one of the best games that use no data or Wi-Fi. The game features an infinite runner that ski through different slopes and have to make jumps to collect coins. The collected coins assist in unlocking numerous elements available in the game shop. The game display is full of colorful and bright graphics. The mechanics and controls of the game are user-friendly. Alto`s Odyssey is completely free.

It is the RPGs free game that does not demand a reliable internet to have quality time. The action game features a player who needs to kill bad guys while exploring dungeons and ruins. The storyline is great and enables the player to collect maximum coins to buy plenty of stuff. It is important to keep the game updated because eternium won’t function properly. It is a successful action free mobile game.

Guys love playing pool games and if you are also a huge fan of the addictive game, the mechanics will surely let you fall in love. The game consists of great realistic animations and best visuals. The player can enjoy gaming against the AI opponent and will surely give you a hard time. A player can also enjoy the multiplayer game but it will be played online only.

Smash Hit is the hit game that is beautifully designed. Yes, smashing the glass with round steel balls is so satisfying and reduces mental stress. Throwing hard steel balls at the fragile glass will let the player earn scores. At the increased speed, it is hard to hit the glass with an exact target. Just keep hitting in the 3D Smash Hit levels because the game is endless and will keep on offering better views. The concept of the game is based on physics but honestly, it is one of the best games that use no data.

Even though the game requires reliable internet speed to enjoy Asphalt 9: Airborne but the game offers a great experience to its user’s even offline. It lets you compete in races against AI opponents. Asphalt 8 offers realistic gaming features, beautiful racing tracks, exotic view, and best cars.

Into the dead is similar to smash hit but you need to hit zombies with bullets instead of glass with steel balls. There is also a sequel of into the dead but it demands internet for a feature so into the dead is recommended to play it online. The player of the game needs to run through zombies while defending and collecting weapons all along. The score will keep on increasing, as the player proceeds in the game. The collected coins will allow you to buy new weapons so that you can target zombies better. High-end graphics will keep you engaged for hours without the need of connecting to the internet.

Are you ready to survive in the consequences where epidemic broke out globally? Show your skills and survive as long as you can. The main goal of the player is to eradicate humanity from the earth and abolish mankind with the plague. The concept of the game is compelling and creative. Infecting all human will surely let you earn more points. It is the best strategic and simulation game.

It is the hit game since 2013. The game sequel is not as simple as it sounds because you need to build a great strategy to win the game. The plants possess all abilities to kill zombies in the yard. So select and plant wisely before the undead creature cause harm to your plants or yard. It is one of the free games that don’t need Wi-Fi because you can enjoy the game without any in-app purchases.

You will find tons of Sudoku games in the Google store but Fassor`s Sudoku works ideally offline. Sudoku is a basic game and it demands exceptional skills to complete the puzzle. The game offers four skill levels along with a timer. The puzzle gets difficult as you proceed in the game. A player can also check the solved puzzles but for repeated checks, there’s a penalty. You can share the score whenever you get online.

It is a puzzle game that is easy and engaging. It will keep you engaged for long hours by swiping tiles of three or more identical numbers mentioned on tiles. The player needs to merge tiles with swipe and lets you gain more points. There are different power ups which you can use if stuck in the game. The power ups vary from super merge, swap two tiles and destroy. It is surely a great addition to offline Android games.

The entire fantastic No Wi-Fi games for Android are great but you will surely find many other good titles according to your choice on Google Store. If you are willing to get the paid games, the list of games that don’t use data is not limited otherwise adventurous and cool free games that don’t need internet are mentioned above. Install them now and navigate through the best gaming experience.